Pentecost in the everyday - a reflection

We think of Pentecost as that special time when the Holy Spirit came down upon the disciples in the upper room (Acts 2:1-13). Even though all the disciples were Galileans, they began to speak in many different languages which were, nonetheless, understood by the many people present. This came to be known as “speaking in tongues”. The Holy Spirit is indeed a Spirit of both diversity and unity.

This is a very different outcome to a certain situation portrayed in the Book of Genesis, Chapter 11:1-9, in which people who speak the same language come together to build a tower (The Tower of Babel) that will supposedly reach heaven itself and make the people to be like gods.. To counter this sin of ego driven pride, God causes many languages to arise amongst those constructing the Tower and the result is that the whole project comes to an abrupt halt in complete and utter confusion.

Clearly the second group of people were putting their own egos, rather than the will of God, in first place.

SVD communities in Australia Province reflect the presence of the Holy Spirit in the sense that we are seventy-seven final professed confreres from eighteen very different nationalities. Once a sincere parishioner, who was familiar with our way of life, asked me: “Fr Mike, how do you all manage to get along and live with each other so well?” I said to her: “It’s all in the grace of the Holy Spirit”. This is so true. Left to our own egos and will power we would fall apart, like those people at the time of the Tower of Babel, but in the power and grace of the Holy Spirit we can indeed make up the Body of Christ.

Many parts but the one Body !! 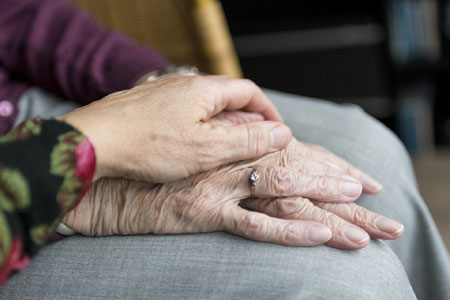 One aspect of our vocation is recognising and accepting one’s own gifts and putting them at the service of the community. Another aspect, which sometimes is more challenging, lies in helping others to affirm and value their own gifts. Our own ego and tendency to be judgemental can often be an obstacle to doing this effectively.

There is a parable which can help bring this point home to us..

Once upon a time the different parts of the Body decided to have a meeting to work out which of them had the most important gifts for the good of the whole Body.

There was no agreement and so in their frustration they turned on the poor old stomach which had so far said nothing and was easily bullied. The hands and arms said that they worked very hard gathering food for the body and that the stomach only received what it was given, thereby contributing nothing. The other parts agreed that they all worked very hard and the stomach was the most useless and lazy fellow.  So they decided that they would no longer give any food or drink to the stomach.

The result, of course, was that very soon the whole body collapsed. Finally the stomach said: “You see when you give me food I break it down so that it becomes energy for the rest of you, so I am not so useless after all’.

At that point the light of the Holy Spirit came down upon the different parts of the body and they realized that they had all judged the stomach too quickly and that all parts in fact made a vital contribution to the well-being of the whole.

We can of course consider this parable on a relational and societal level. It holds deep truths which are important in terms of how we approach each other, and especially, in terms of how we might judge others, like the homeless and the marginalized, who at first glance don’t appear to be pulling their weight.

I would like to share a true story about how the Holy Spirit can work behind the scenes, in the ordinary happenings of daily life, in unpredictable and surprising ways.

Several years ago some business men attended a conference in Hobart, Tasmania. They planned to be home in time to go out together, with their wives, for the evening meal and theatre. The conference ran overtime so they had to race to the railway station and as they approached they knocked over a table supporting a basketful of apples. Without stopping they reached the train and boarded it with a sigh of relief.

At the last minute one hesitated as he now felt sorry for the boy whose table they had overturned. He jumped off the train just in time with the others calling out, “What are you doing? Come back !! We have to get home in time.”

However the man waved nicely to his friends and went back to the overturned table where he now realized that the boy selling the apples was blind. The business man now felt very ashamed. He gathered up the apples and noticed that some of them were badly bruised. He reached into his wallet and said to the boy: “Please take this $50 and forgive us for our rudeness”. When he finally reached home on the next train, he and his wife were still able to catch up with the others at the restaurant.

When he shared what had happened with his wife she told him that clearly the Spirit had moved his mind and heart and she was very proud of him.

As is said of the Holy Spirit, we don’t always know “where it comes from and where it is going (what it is intending to accomplish)”.

Let us pray that every day can become a Pentecost for us.