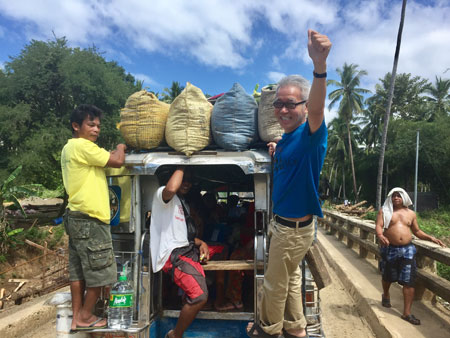 New research by SVD missionary Fr Michael Nguyen explores the question of how Vietnamese people might read and understand the famous account in John’s Gospel of Jesus multiplying the loaves in their own cultural context.

Fr Michael, who was born and raised in Vietnam and is a member of the SVD AUS Province, says his study was an attempt at doing mission in dialogue with culture.

He began his PhD studies in June 2016 at the Divine Word Institute of Mission Studies in Tagaytay, the Philippines and defended his dissertation over two days in May this year, although the graduation ceremony has been postponed until next year, due to the COVID-19 pandemic.

Fr Michael says the main focus of his study was to make the account of the Multiplication of the Loaves in John 6 more understandable in the Vietnamese culture.

“The study aims to enhance the mission of the Church as inculturation in the context of the Vietnamese culture,” Fr Michael says.

“These Vietnamese cultural resonances of the Multiplication of the Loaves may be taken as one way of doing mission as a dialogue with culture and an approach to contextual theology.”

Fr Michael says he hopes the study will enrich the universal understanding of inculturation as shown in the local church of Vietnam. 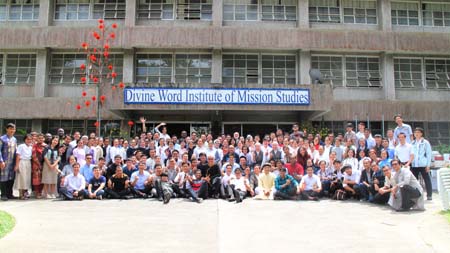 “Mission as inculturation is not a new approach but has been a practice since the beginning of the Church,” he says. “A study of the Vietnamese meal and the Jewish meal implied in the Multiplication of the Loaves in John 6 can contribute these two new aspects to the history of the Church’s mission of inculturation.”

The study is also an attempt to the give the local church in Vietnam a missiological understanding of the Multiplication of the Loaves in John 6.

“Since the Vietnamese people do not share the same cultural background as Jesus and the people of his time, it is obvious that some aspects of the meanings of the Multiplication of the Loaves would be lost on Vietnamese ears,” Fr  Michael says.

“So, provided with an understanding of Jesus’ sayings in their own cultural context, the Vietnamese people in general and the Vietnamese Christians in particular, can better appreciate the theological implications of Jesus’ words.”

And finally, Fr Michael says he also hopes that the study will contribute to the overall mission of the Society of the Divine Word as an example of dialogue with culture toward inculturation in a particular local context. Other SVD  missionaries can undertake a similar endeavour in other cultural contexts.

Fr Michael says he has enjoyed his PhD study, which he found challenging and rewarding

“I have been undoubtedly enriched while working on the dissertation,” he says.

“This study encourages me to engage in theological discussions in the Vietnamese cultural context, so the Gospel, written in the Jewish context, can take deep root in Vietnamese soil.”

PHOTOS: Fr Michael Nguyen SVD pictured top during his time in the Philippines, and bottom, with fellow students at the Divine Word Institute of Mission Studies in Tagaytay.