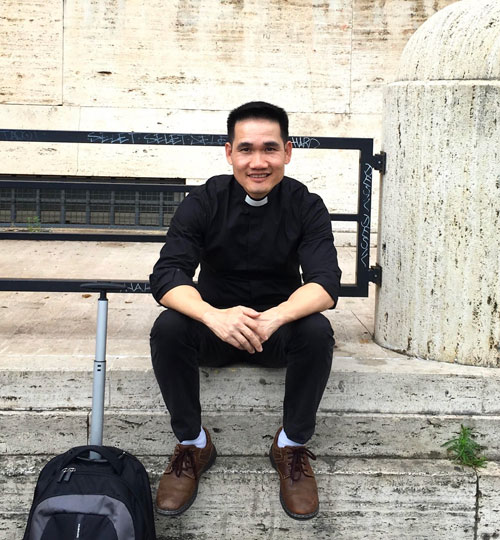 A Divine Word Missionary priest who is based in Bangkok, has been appointed to a new role at an organisation which explores the intersection of religion and communication.

Fr Anthony Le Duc SVD, a member of the AUS Province, has been appointed as Executive Director of the Asian Research Centre for Religion and Social Communication (ARC).

He says Asia, as the most populous continent in the world and the home of the World’s major religious traditions, is where religion and culture are closely intertwined.

“In an era challenged by increasing social polarisation, misinformation and cultural divide, the ARC has proved to be effective in bringing scholarly people from different cultural backgrounds and religious traditions together to investigate, discuss and share research that fosters intercultural and interreligious dialogue and relationship on an academic level,” Fr Anthony says.

“Through its programs and research outputs, in particular the semi-annual scholarly journal ‘Religion and Social Communication,’ the ARC has nurtured and disseminated to a wider audience the concerns, ideas and works of established scholars and supported up-and-coming researchers in the field.

“It is hoped that the concerns of the ARC will continue in the years to come, thanks to the support of agencies and individuals that recognise the value of the work that the ARC has done in the past, is doing in the present, and will do in the future.”

Fr Anthony says, that as he takes over the role of Executive Director, there are a number of current priorities the Centre is working on.

“One priority is to give voice to new researchers in the field, especially those coming from Asia,” he says.

“One of the most rewarding aspects of my work with the ARC, which also includes being the editor-in-chief of the ARC journal, has been our role in assisting scholars to present and publish their research.”

In the past year, Fr Anthony says he has worked with a Burmese priest, a Protestant Vietnamese doctoral candidate, a Japanese doctoral student and a scholar from India to have their work presented and published.

“For many scholars from Asia, having the necessary command of English academic writing skills and developing a publishable paper is not easy, especially if one is new at the task,” he says.

“After receiving support in this matter, many have expressed their gratitude for my help, as well as the joy in seeing their final published writing.” 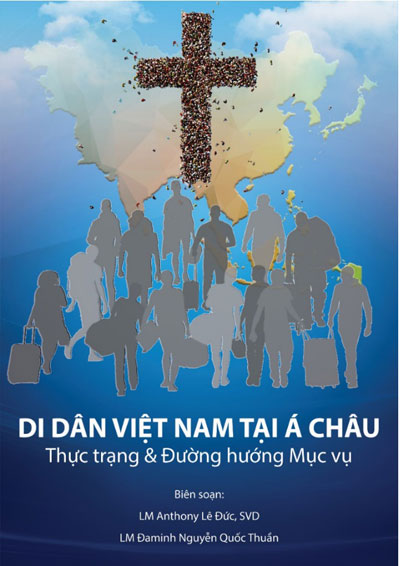 Fr Anthony says that in recent years the centre has dealt a lot with the digital context and its implications for religion and social communication.

“We’ve held multiple Roundtables and colloquia around this subject matter, as well as published numerous articles dealing with the digital milieu and how it impacts religion and social communication,” he says.

“Certainly, with the COVID-19 pandemic, ICT was an especially important means of communication not only for religion but for all kinds of political and social institutions.

“ICT development has so thoroughly changed the way we think, behave and interact, and has presented so many pastoral challenges to the Church and society that we cannot help but focus our attention on this fast-changing reality.”

Apart from his role with the ARC, Fr Anthony is a lecturer at the Lux Mundi National Major Seminary of Thailand and is also engaged in ministry with Vietnamese migrants.

He recently published a Vietnamese-language book entitled Vietnamese Migrants in Asia: Reality and Pastoral Directions which was co-edited with a Vietnamese priest working in Japan, Fr Dominic Nguyen Quoc Thuan.

The book, by Logos Publications, was released in January this year and has two main sections. The first deals with the theology of migration and Church social teachings on migration. The second part presents the pastoral contexts and directions regarding Vietnamese migrants in Asian countries, including Japan, South Korea, Taiwan, Thailand, Laos and Vietnam.

“Almost all the authors are involved in Vietnamese migrant ministry to varying degrees, so a lot of the presentation comes from direct experience and not just from library research,” he says.

“Part of the purpose for publishing this book was to bring awareness to the Church leadership at various levels about this pastoral situation in a more systematic and comprehensive way in order to respond to the pastoral needs.

“As someone who has been engaged in Vietnamese migrant ministry in Thailand for 14 years, I think a lot more needs to be done on the part of both the ‘sending Church’ and the ‘receiving Church’ to provide adequate pastoral care for Vietnamese migrants in Asia and elsewhere around the world.

“The book was an attempt to highlight some of the major issues that could be addressed by the Church, from the family and parish community on up.”

TOP RIGHT: Fr Anthony Le Duc SVD, who has been appointed the Executive Director of the Asian Research Centre for Religion and Social Communication.