Missionaries share pain of separation from family during loss

The COVID-19 pandemic has brought enormous challenges to people around the world and one of the greatest hardships for many has been to experience the death of a loved one in another country but not be able to return home for the funeral or to be with family.

Closed borders have meant that many bereaved people, including SVD missionaries, have had to mourn their loss from thousands of kilometres away, drawing on technology to spend time with grieving family members and on faith to see them through.

Fr Sunil Paul Nagothu SVD lost his 86-year-old father Innaiah (Ignatius) in India earlier this month and says not being able to go home and be with his family was devastating.

“The pandemic situation has isolated people like my parents right in their hour of greatest need, at a time my Dad wanted me close to his bedside,” he says.

Fr Sunil, who is the eldest of two sons, concelebrated his father’s funeral Mass via Zoom from Sydney with the rest of his family gathered in India, but says that not being there in person to offer the Requiem Mass will always haunt him.

“Not knowing what to do and how to console my family from a distance is a terrible feeling. At least the online technology that is available allowed me to see and participate with the family at my Dad’s funeral and my Mum and family were able to see my teary face,” he says.

Fr Sunil says many people have lost loved ones during the pandemic and he now shares in their pain.

“In my role as a priest I had consoled so many families during their loss, but that was always at somewhat of a distance. I was consoling them theologically and spiritually. The pain those people felt at funerals didn’t truly hit me until now.”

He says his faith has been an anchor for him during this difficult time and the support of the SVD community, both here and in India, has comforted him.

“Dad, Abba, Father – no dad will ever forget his children, so I believe my Heavenly Father will give me strength and support me in this devastating time of my life,” he says.

“We are created for life, but death shatters everything, even human relationships. 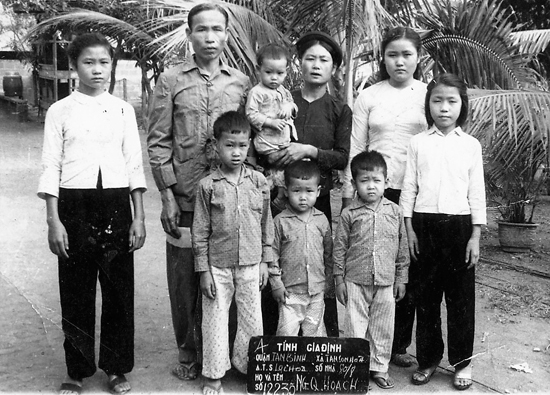 “My Dad’s message to me always was: ‘God called you to be a missionary priest, so never lose sight of what you are asked to do’.

Another member of the SVD AUS Province, Fr Michael Nguyen SVD, who is located in the US at the moment, unable to return to Australia following the completion of his PhD in the Philippines, lost his 99-year-old mother Thom Ha in December, back home in Vietnam.

“As a son of their nine children, I unfortunately missed both opportunities to be with my parents at their last minutes.

“Due to political situations in Vietnam during the 1980s, when I was in the US, I couldn’t be with my father while he breathed his last in Vietnam in 1985. And due to the pandemic COVID-19, I couldn’t spend time with my mother in her final days. It is not easy for me to embrace this double tragedy.”

Fr Michael says his faith has helped him through the grief of loss and the sadness of being separated from his family at such an important time.

“As a faithful Christian, I believe that my mother is resting in the bosom of the resurrected Jesus,” he says. “I am also aware of her watching over and praying for me from above. This belief really comforts me whenever I am thinking of my mother. When the situation allows, I will return to Vietnam to hold a memorial service for my mother." 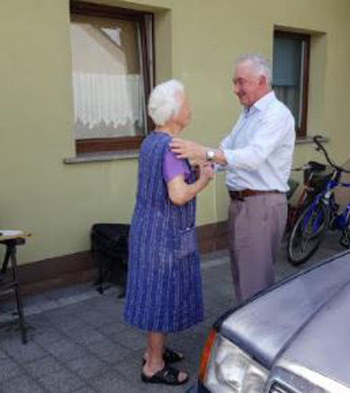 And Fr Jan Szweda SVD, who is based in Melbourne, says his mother Anna died last September, five days after suffering a stroke.

Fr Jan says he was able to see his Mum via WhatsApp and talk to her while she lay in hospital, but she was not able to respond.

“I knew she was waiting for me to come, so I told her that it was not possible and that she could go. And so, a few hours later, she went,” he says.

He discussed returning to Poland for the funeral, but in the end, given the pandemic lockdown in Poland and a delay in being able to hold his mother’s funeral, it was decided he would not return home.

“I felt at peace with the decision, “he says. “I followed the Requiem Mass and burial on WhatsApp. My classmate, Bishop Jerzy Mazur SVD was the main celebrant and about 30 confreres attended the funeral which was a great consolation for me and my family.”

Fr Jan says that while he has no family in Australia, he received a number of messages from confreres and friends from Australia and PNG.

“I celebrated a Mass with my parishioners at Sacred Heart in Preston (where he was Parish Priest at the time) and I got great support from my parishioners. Some of them came and spent time with me during those days,” he says.

One of the spiritual practices which has sustained Fr Jan through this difficult period has been to pray the Rosary every day with his family in Poland.

“My Mum used to pray three Rosaries every day,” he says. “So we, my two sisters and two brothers and their spouses decided to pray a Rosary together via WhatsApp every day, to remember our Mum and to continue what was so important her. We have done it every day since her death.”

Mission Secretary for the AUS Province, Fr Viet Nguyen SVD was also not able to be with his mother, Maria Nguyen Thi Tin, in Vietnam when she died in August.

“It was a big shock for me when I received this bad news,” he says. “Due to travel restrictions I could not travel home to be with my mum at her last minutes as well as to attend her funeral. I was very disappointed.

“Prayers have sustained my faith and trust in God. God is always mysterious and He is the God of surprise. The faith opens my eyes to see that when God closes one door, God will open another.”

Fr Viet says he felt blessed to be able to connect with his family via Zoom.

“This new communication technology allowed me to be together with my family members living in the US and in Vietnam. I was able to attend my mum’s funeral and requiem masses online,” he says.

“I also received great support from the SVD community and friends during this difficult time  such as their Mass offering, prayers and sincere condolences.”

And Fr Gilbert Carlo SVD, who is based at the Janssen Spirituality Centre in Boronia, Victoria, lost his brother Paul at the age of 75, in Mumbai, India, after he had been ill for some time with Parkinson’s Disease and other ailments.

“Because of COVID the funeral  was done with few restrictions quickly within a few hours, without Zoom. I contacted the family through WhatsApp,” he says.

“The family and I have accepted it well because of his ailments and also because of the terrible situation in India. For a few days I felt sad that I could not be there with my family to mourn.

“But the Christian meaning of death gave me great consolation and my community and SVD confereres supported me in every way with prayers and deeds, for which I am grateful.”

MIDDLE LEFT: Fr Michael Nguyen's late mother is pictured in a family photo from the 1960s. A young Fr Michael is standing in front of his Mum.

MIDDLE RIGHT: Fr Jan Szweda is pictured with his late mother Anna, the last time they said goodbye in Poland.

BOTTOM LEFT: Fr Viet Nguyen is pictured with a photo of his late mother Maria Nguyen Thi Tin, at her Memorial Mass.